Contributers can:
Save posts to read later on any device
Manage contribution and profile
Hide supporter related ads on the website
Contribute now
Sign in
Stay Connected
All Content Copyright © 2010-2021 Shetland News Online Ltd. This site is financed entirely privately
Browser is out-of-date 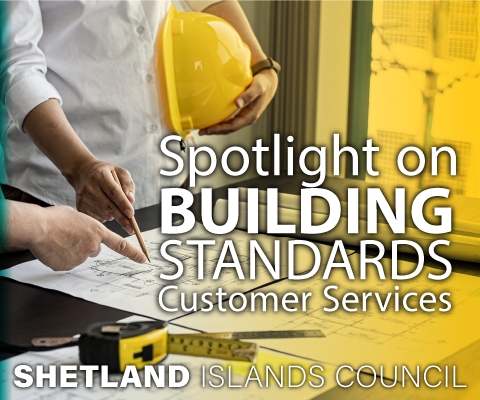 COUNCILLORS have criticised the Scottish Government for choosing not to use new tax-varying powers while expecting local authorities throughout the country to raise more income by increasing council tax.

On Monday members of the SIC’s policy and resources committee unanimously approved a £110.1 million budget – including a three per cent rise in council tax – for 2017/18. The budget now goes to the full council on Wednesday for final approval.

Rates had been frozen since the SNP took office in 2007 promising to abolish or reform council tax, widely viewed as one of the more regressive taxes.

Both Robinson and Smith pointed out that the government could have raised money for spending on public services using measures targeted on wealthier sections of the population.

Because of the small population it serves, the council tax rise makes up a “relatively small” part of the SIC’s funding and will only net the organisation an extra £258,000 a year. Council tax brings in around £9 million a year overall.

“I have to say I am disappointed the Scottish Government didn’t choose to use the tax-varying powers that they fought for,” Robinson said. “We all know that if you want good-quality services then they have to be paid for.”

He felt the government had factored a three per cent council tax rise in when calculating the grants to be dished out to local authorities.

“While Scottish Government priorities are quite rightly education and health,” Robinson added, ”our community puts a high value on a much wider range of services, and I think that’s what we’re trying to maintain here.

“The taxation powers that lie with the government are much more progressive than those we have at our hand.”

Smith said it “really does grate on me that we have a Scottish Government that has fought for tax-raising powers and fails to tax those that are most able to meet this”.

“We‘re now going to be in a position, in terms of good stewardship of our funds, where we’re going to have to ask this community for £260,000 – just about the cost of the 20mph road improvements around the Esplanade – of which the bulk is going to fall on folk livening in property bands A-D.”

SIC finance chief Jonathan Belford had earlier outlined some stark figures showing just how grave the local authority’s position could have been had spending not been brought down.

In 2011/12 it approved a budget of £136 million, albeit with a higher government grant, and Belford said that if no changes had been made and costs had continued to rise the budget would now be around £160 million – nearly 50 per cent greater than what has been approved.

That would have meant raiding the SIC’s oil reserves for £65 million this year and then £73 million next year. “But we did do something, and we are now in a different place,” he said.

Huge public spending cuts have been ushered in by the Tory-led government at Westminster since 2010. Such is the extent of the cuts that the sum handed on to Shetland from Edinburgh, at just shy of £80 million, is now back to roughly the level the SIC received way back in 2006/7.

Meanwhile, Belford said he had written to people living in property bands E-H explaining that government-imposed increases on those in more expensive households were being brought in.

He said anyone in a lower earning bracket – those taking in less than £25,000 a year – were entitled to apply for a full exemption in relation to the Scottish Government increases.

“I would suggest they contact the team as soon as possible, and not wait for the bills to come through the door before applying for that exemption,” Belford added.

Most online publishers have started charging for access to their websites, others have chosen a different route. Shetland News currently has  over 450 supporters  who are all making small voluntary financial contributions. All funds go towards covering our cost and improving the service further.

Audit report 'one of best I've ever seen', chairman says

Independence not top of his priorities due to Covid recovery, says SNP candidate Wills

‘No indication’ when a decision will be made on islands Covid restrictions, SIC chief executive says

Audit report 'one of best I've ever seen', chairman says

Fishermen and tax-paying workers will lose

‘It’s all about money’

A new approach to drugs use

A lesson from Switzerland?

A cautionary tale for Greenies