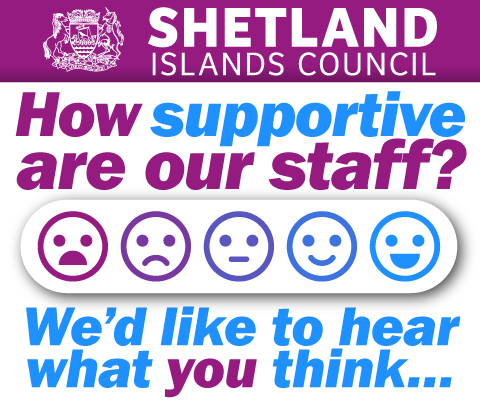 SHETLAND remains at the heart of the nation’s energy security, energy minister Charles Hendry confirmed during his tour of the Total gas plant on Wednesday.

While oil and gas has a great future, the minister said it would be vital to have a mixed energy economy to provide security in the long term.

And the government is committed to encouraging renewable energy in remote regions like the Scottish islands, he said.

The 53 year old minister in post since May 2010 was speaking during his first visit to Shetland at the end of a two day tour of energy developments in the highlands and islands, which took in the Nigg yard and Orkney’s marine test centre.

He said he wanted to see for himself the “incredibly impressive” project at Sullom Voe, where French oil and gas major Total is spending £2.5 billion opening up the west of Shetland to new gas fields, believed to contain 2-4 billion barels of oil equivalent.

“You can’t really comprehend the scale of it until you see it for yourself,” he said.

One of the “visionary” aspects of the gas plant project was that the import pipe from the Laggan-Tormore fields will be big enough to accommodate other business, of which there is plenty to come as companies from around the world, including China, continue to invest.

“There is a growing interest in developments west of Shetland and in the current licensing round we have seen more licensing applications than we have seen since licensing started in the 1960s.

“This is an area which is only going to grow and there’s a very strong amount of international interest in taking that forward.”

Mr Hendry considers Total are running “a world class project”, especially taking into account the environmental aspect where the largest peat store has been created ready to restore the landscape when the site is decommissioned several decades hence.

He is also confident that Britain’s safety regime, which he called “one of the most robust in the world”, can prevent a major pollution incident such as 2010’s Deepwater Horizon disaster in the Gulf of Mexico, despite the depths in which the industry is now having to drill to find hydrocarbons.

The UK has only used up two thirds of its oil and gas reserves, he said, and the industry will continue to underpin the country’s economic and energy security for many years ahead.

However the government is looking at a raft of alternatives to ensure that the lights do not eventually go out, as some have feared in recent years.

“We have had 40 billion barrels of oil equivalent so far out of the UK continental shelf, we think there’s probably about 20 billionn or so left. So we’re two thirds of the way through our recoverable resources.

“Now if you had gone back 20 years people would have been very surprised if we had got to 40 billion. New technology, horizontal drilling, seismic testing, seismic imaging has led to very much more to be identified than was considered possible even just a short time ago.

“So on the oil and gas side I think we still have a long future of it being a significant contributor going forward.”

Meanwhile the government’s target is for 30 per cent of the UK’s electricity to be generated from renewables by 2020. Last year saw an increase of 20 per cent, “a step change”, he said.

But wind is unpredictably intermittent, so it needs back up and the government is encouraging a wide range of alternatives to provide that.

The main focus will remain on gas, much of which will be supplied from the west of Shetland.

However deals are currently in the pipeline for interconnector cables with Norway, Iceland, Northern Ireland, the Channel Isles and France to stabilise and strengthen the UK’s electricity network with hydro, geothermal, wind and tidal power.

“When we have a lot of wind in our system we can export it,” the minister added.

And then there is carbon capture coal and nuclear, with plans for eight nuclear stations in England and Wales; Scotland has barred the industry from its shores.

Shetland’s emerging wind industry could see the islands remaining a key player in this international network of power generation.

Mr Hendry said he considers it to be very important that projects like Viking Energy should be supported.

Changes to the renewables subsidy system announced this week are designed to promote electricity generation in areas where the potential to harness power is greatest, he said.

He will also be pushing energy regulator Ofgem to review their proposals for transmission charges, which currently penalise renewables furthest from the cities.

“I think it’s entirely right that we should be looking at where the resource is strongest rather than harnessing less strong resources which happen to be more conveniently close to where they’re needed,” he said.

Mr Hendry is working closely with Scottish energy minister Fergus Ewing to develop renewables in “the most holistic way that we can”, which could see the government stepping in to support “socially desirable” energy projects.

A meeting bringing together developers, grid providers, Ofgem, the Scottish and UK governments is being planned in the western isles to assist the connection of renewable projects to the national grid.

While Viking Energy say Ofgem’s proposed transmission charges would not scupper their wind farm, developers in the western isles say that they could not move ahead under such a charging regime.

“At this stage we haven’t got a solution, but we’re committed to trying to find one,” Mr Hendry said.

“Shetland can certainly be involved in that, although the feedback from Shetland has been more positive about the Ofgem proposals.

“This is not intended to be western isles versus Shetland, we shall be looking at what is the right way forward for the Scottish islands.”

Meanwhile the energy minister said he does not believe in the threat of peak oil, where global demand outstrips supply leading to prices rocketing with unnerving consequences for the planet’s economies.

“I think that the enormous strides that have been made in terms of vehicle efficiency mean that the rate of growth in demand is now slowing.

“Even when you see countries like India and China having many more vehicles on the road, we may be reaching peak demand ahead of peak supply.”

The sun shone for Mr Hendry as he was taken around the Total construction site before flying home to Ayshire.

“It’s my first visit to Shetland, a stunningly beautiful place and I look forward to being able to come back,” he said as he left.

When he returns to his desk he will be briefing energy and climate change secretary Ed Davey, who has just emerged victorious from a scrap with the chancellor over renewable energy subsidies.

Mr Davey himself is planning to visit Shetland in October, perhaps another sign of how important these islands are becoming to the nation once again, more than 30 years after the Queen opened BP’s Sullom Voe Terminal – a site that was conspicuously off Mr Hendry’s itinerary on Wednesday.

'Milestone' work underway at spaceport site ahead of construction

Planning cutbacks could be reversed in July

'Milestone' work underway at spaceport site ahead of construction